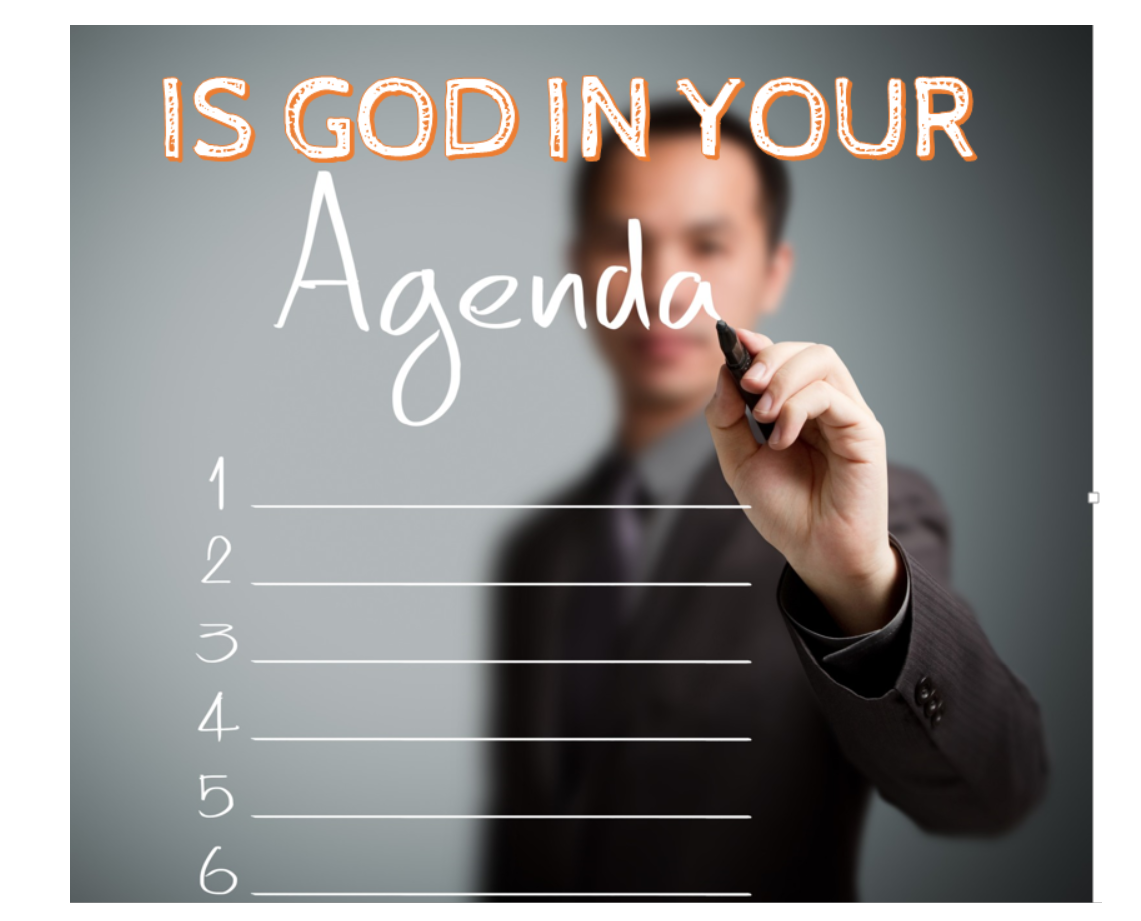 Is  God in our Agenda. Is God our first priority ? Let us keep Jesus at the center of everything.  He know the end from the begining. He is in Control.

For I came down from heaven, not to do mine own will, but the will of him that sent me.

And it came to pass in those days, that he went out into a mountain to pray, and continued all night in prayer to God.

Then they took away the stone from the place where the dead was laid. And Jesus lifted up his eyes, and said, Father, I thank thee that thou hast heard me. And I knew that thou hearest me always: but because of the people which stand by I said it, that they may believe that thou hast sent me. And when he thus had spoken, he cried with a loud voice, Lazarus, come forth

And it came to pass about an eight days after these sayings, he took Peter and John and James, and went up into a mountain to pray. And as he prayed, the fashion of his countenance was altered, and his raiment was white and glistering.  And, behold, there talked with him two men, which were Moses and Elias:  Who appeared in glory, and spake of his decease which he should accomplish at Jerusalem.

And he was withdrawn from them about a stone’s cast, and kneeled down, and prayed,  Saying, Father, if thou be willing, remove this cup from me: nevertheless not my will, but thine, be done.

Luke 23:46 –  (Prayer preservered him even in excruciating pain until his assignment was completed )

And when Jesus had cried with a loud voice, he said, Father, into thy hands I commend my spirit: and having said thus, he gave up the ghost.

After this, Jesus knowing that all things were now accomplished, that the scripture might be fulfilled, saith, I thirst. Now there was set a vessel full of vinegar: and they filled a spunge with vinegar, and put it upon hyssop, and put it to his mouth. When Jesus therefore had received the vinegar, he said, It is finished: and he bowed his head, and gave up the ghost.